The field included teams from the Eastern Minny League.

The resulting field of 9 are re-seeded for the Region 1C Tournament, and teams 8 and 9 play a single-elimination play-in game, to create an eight-team double-elimination tournament. The top two teams from Region 1C advance to the 2021 MBA Class C State Tournament in Waconia, Chaska and Hamburg, August 21-September 6.

The nine teams to advance to regions are:

All nine teems will be re-seeded for the region tournament. See the schedules and bracket on the Region 1C Tournament page.

Here are the results and brackets for the three Eastern Minny League division playoffs. Seeding for league playoffs was set July 25, following the conclusion of the regular season, based on each team's record across the entire league, with tiebreakers as defined in the league bylaws.

The Eastern Minny League playoffs are all double-elimination.

Click on the bracket below for a full-size printable version. 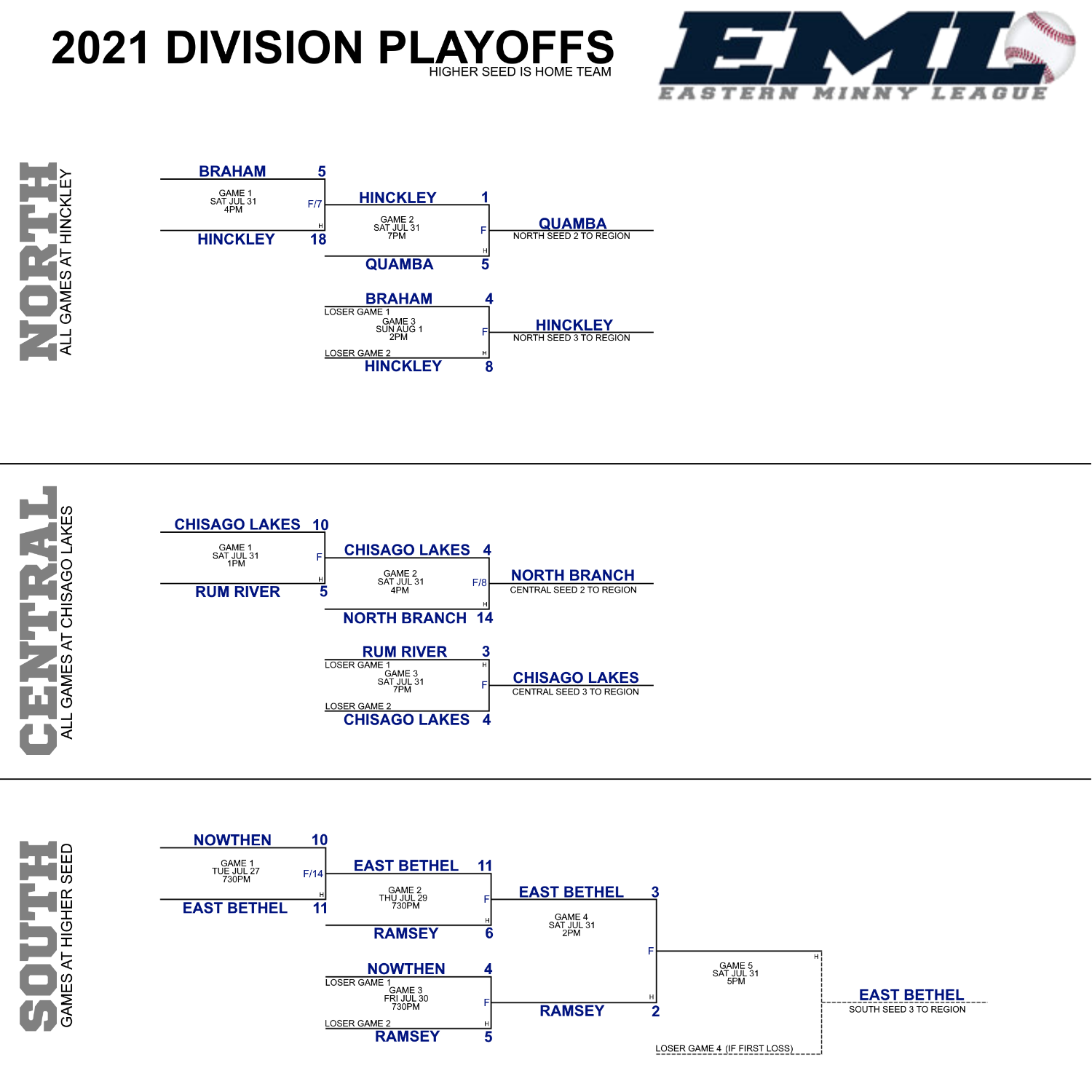